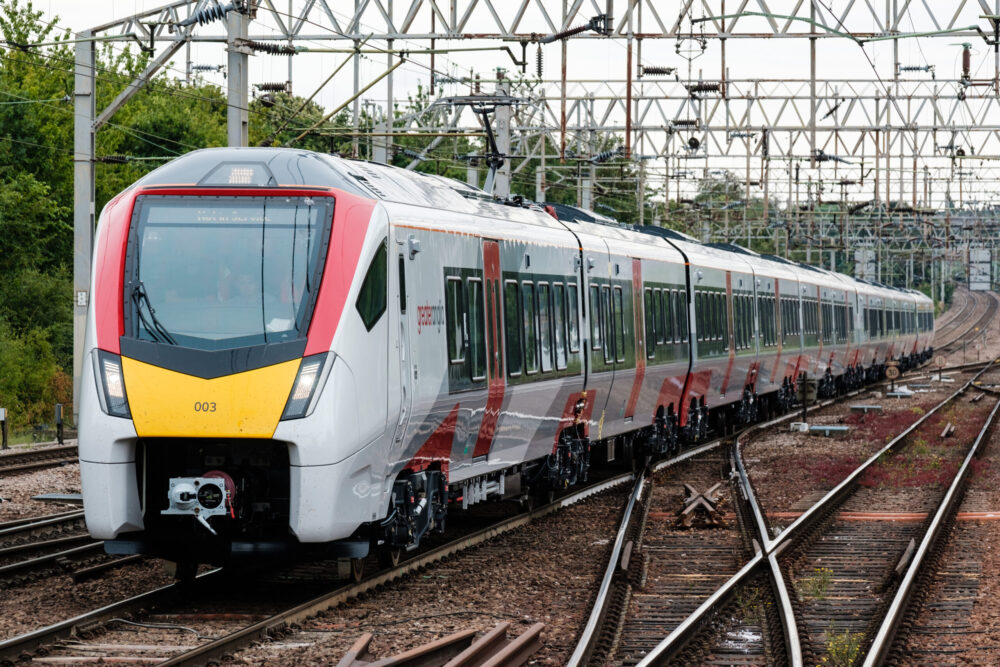 2020 may have been a year when many things stopped due to coronavirus, but Greater Anglia’s new trains rollout has continued throughout the pandemic – and in the last year, the company’s new trains have clocked up over six million miles, now serving 13 routes across East Anglia.

Greater Anglia is replacing all its trains with brand-new longer state-of-the-art trains – a feat that no other train company has done before on such a large scale. The first new train entered passenger service in July 2019 on the route between Norwich, Lowestoft and Great Yarmouth.

This year entire routes in Norfolk, Suffolk and Cambridgeshire are now served exclusively by new trains, including Greater Anglia’s flagship intercity service between Norwich and London Liverpool Street, and the Stansted Express route between London and Stansted Airport.

In the past 12 months, as this article went to press, 35 new trains have been put into passenger service, with four making their maiden voyages in the last weeks of the year. This includes 10 intercity trains, 10 Stansted Express trains, nine bi-mode trains which switch between electricity and diesel to run on our regional routes and six electric commuter trains.

In November this year, the first two of Greater Anglia’s British-made Bombardier trains started entering passenger service on the Southend Victoria to London Liverpool Street line, with a further two going into service on the Braintree line in December. An additional two are spares to switch out when the others are in the depot for maintenance.

In the second half of the year, the roll-out will begin to reach the West Anglia routes between Cambridge and Liverpool Street, including the Hertford East line.

The company’s Stadler trains have gold standard accessibility due to a low-level floor and retractable step at every door which bridges the gap between the train and the platform providing level access boarding at many stations.

New trains include energy saving and environmental features including aerodynamic design, regenerative braking which puts energy back into the supply network rather than wasting it through heat, and lower particulate pollution.

Ian McConnell, Greater Anglia franchise and programmes director, said: “We’re tremendously proud that we’ve been able to crack on with rolling out new trains – despite the challenges of the pandemic.

“Customer feedback has been fantastic. These new trains are really making a difference to people’s experience of travelling by train. We’re looking forward to even more people enjoying them next year as we bring even more new trains onto our network.”

Is it last orders for the virtual after work Friday drink?