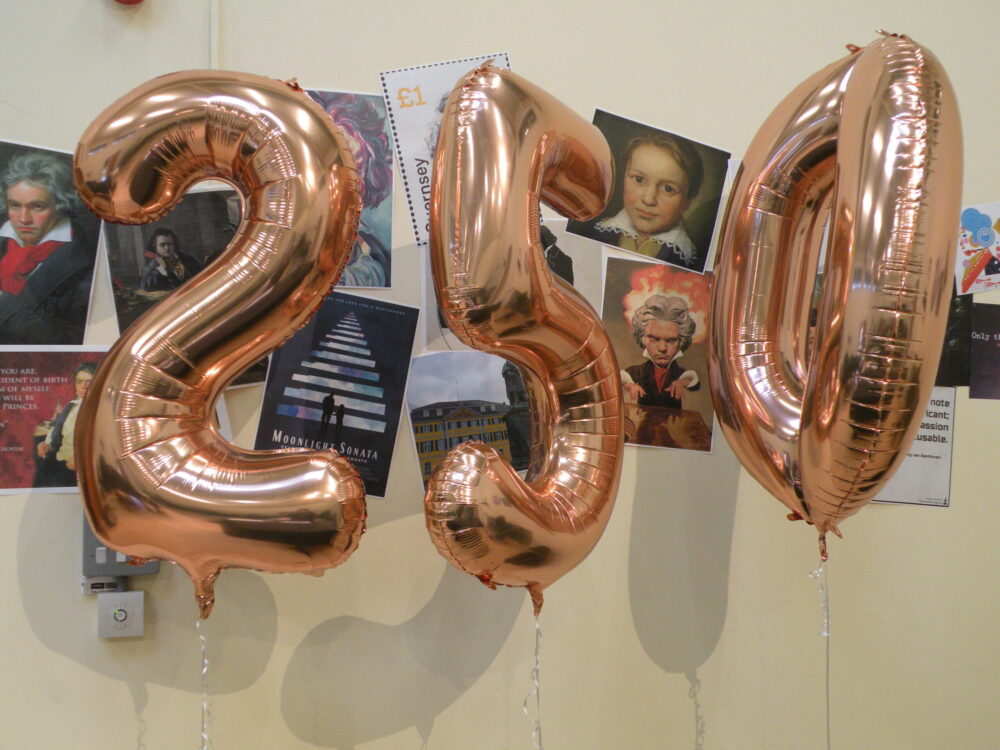 Dozens of students from Year 2 through to Year 13 took part in the King’s Ely Beethoven-athon – an action-packed day of non-stop musical performances of Beethoven to celebrate his milestone anniversary. Several members of staff also participated, resulting in more than 50 Beethoven pieces being performed. The event was organised by Director of Music at King’s Ely, Neil Porter-Thaw, and his team.

Other highlights included James Schoenberg’s incredible version of the last movement of the ‘Moonlight Sonata’ played on the electric guitar, and the Year 13 Music A Level class’ rendition of ‘A Fifth of Beethoven’ from ‘Saturday Night Fever’. The youngest student who took part was Year 2 pupil, Asher Randall, who played ‘Ode to Joy’ on the piano. This was live streamed to all classrooms at King’s Ely Acremont, which is the pre-prep at King’s Ely, enabling all children and staff to enjoy his performance.

Thanks to generous donations, the event has so far raised more than £500 for Tearfund, a Christian aid charity dedicated to helping the poorest in society, working in over 50 countries across the globe. To donate, visit: www.justgiving.com/fundraising/KingsElyBeethovenathon

King’s Ely’s celebration of Beethoven is not stopping there. The Orchestra are currently preparing movements of his 5th, 7th and 9th symphonies which they will perform in Ely Cathedral just before his birthday in December. King’s Ely’s Jazz Band are also working on ‘A Fifth of Beethoven’, famously arranged by Walter Murphy.

Music is the beating heart of King’s Ely and is the reason why the school came into existence in the first place. Over a third of students learn a musical instrument or receive vocal tuition and the quality, range and variety of ensembles all attest to the school’s musical pedigree. The school calendar is jam-packed with student-led and professional concerts, workshops and masterclasses, all of which, together with the excellence of the school’s cathedral choirs, highlight how music is the soul of the King’s Ely community and testify to its inclusivity. To discover more about opportunities at King’s Ely, please visit: www.kingsely.org

EACH to reopen more shops in Cambridgeshire, Norfolk and Suffolk next week

Faye’s Way: A Strategy That Pays Off!

The lowest place was surprisingly not a tiny rural village, showing how good people have been at keeping safe there Cambridgeshire Live – Home …

Applications are open for our new Impact Accelerator programmes in both Cambridge and Peterborough – offering 6 months of hands-on, intensive support and coaching to take your impact business to a new level.
The post Applications open for free business support programmes to help grow your social or environmental start-up at Allia Future Business Centres appeared first on Cambridgeshire Chambers of Commerce. Cambridgeshire Chambers of Commerce …