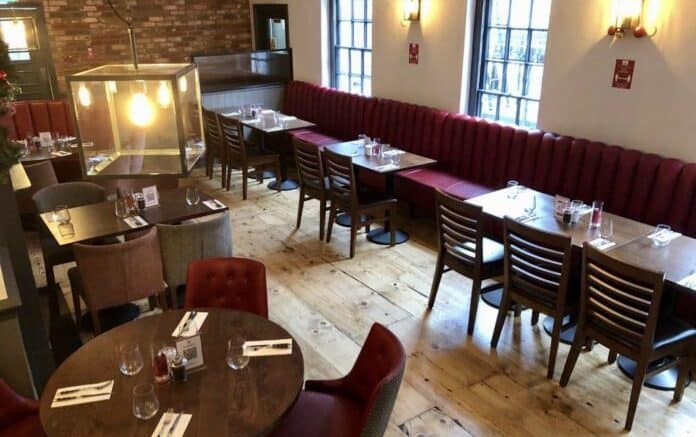 A new restaurant in Cambridge is giving something back to Key Workers to say thanks for their heroic efforts during the coronavirus pandemic.

While the rest of the country came grinding to a halt during March’s lockdown, those whose jobs are vital to public health and safety continued to work. As vaccinations start to roll out many remain on the frontline helping to protect the public while keeping England moving as the fightback against Covid-19 continues.

It’s why Middletons Steakhouse & Grill – which opened in the city on Monday – have launched a special competition to say thank you. Two £50 gift cards for use in the Bridge Street restaurant are up for grabs in the initiative which enables people across Cambridgeshire to show their gratitude by nominating a Key Worker for a chance of winning.

Stephen Hutton, managing director of Middletons Steakhouse & Grill, said: “It’s been a difficult and challenging year for all of us. But throughout it our Key Workers have been leading from the front.

“They’ve been working tirelessly, and bravely, often in high-risk situations, and we want to celebrate the launch of our restaurant by giving something back to them. We’ll never be able to say thank you properly for their efforts but it’s nice to be able to give a little something back. We’re sure being nominated will put a smile on people’s faces too.”

The social media competition, held on Middletons’ Facebook and Instagram accounts, is simple to enter. Entries must be submitted before 5pm on Friday December 18 and the winners will be announced on Monday December 21.

In a further boost to our heroes, Middletons will also be rolling out their Blue Light/Military discount in the city from January. It provides members of the emergency services and military 20% off their food from Monday to Friday.

Delight for Middletons as they finally arrive in Cambridge

Although symptoms are similar there is a key difference between heatstroke and sunstroke. Cambridgeshire Live – Home …