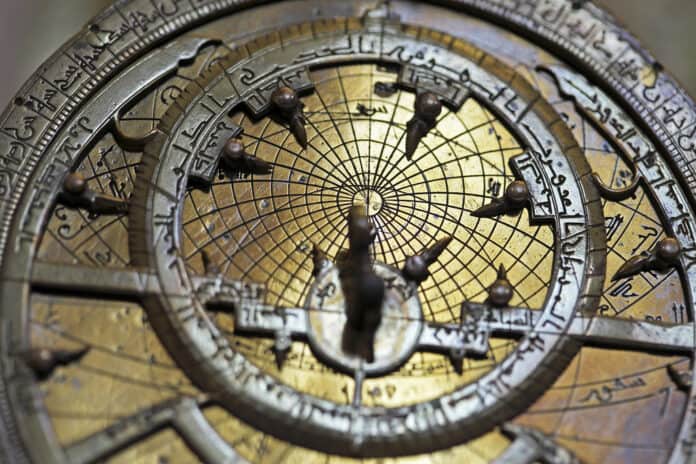 Mummies, medicinal roses, dodos, and unusual treasures: next month’s Open Cambridge heritage weekend is not short of a few surprises for those looking to get their cultural fix.

With just over two weeks to go until this year’s online Open Cambridge kicks off (11-13 September), things are gearing up at a number of the city’s museums as they get ready to open their virtual doors for a series of short online tours and films that reveal previously untold stories and offer the rare chance to view their hidden treasures.

The city’s world-renowned museum, the Fitzwilliam, is set to host two online events during Open Cambridge. In Scent from Nature: Beauty’s botanical origins, Hettie Ward, Assistant Keeper, Paintings, Drawings and Prints, shares some of the stories and histories behind the rose, its many varieties, and how its scent and medicinal properties have been used for thousands of years.

Hettie showcases some of the earliest examples of botanical illustration that reveal much about the resins, juices and colours that could be extracted from plants, along with recipes on how to mix, consume and apply them. This was useful not only for medicine, but for the beauty and fragrance industry as well.

The online event is a prelude to an early 2021 Fitzwilliam exhibition that is set to explore plant-based fragrance, skincare, and cosmetics through depictions of various roses, and features perfume bottles and cosmetic boxes from the wider collection. The exhibition centres around the Fitzwilliam’s exceptional collection of botanical art, which was bequeathed by Henry Rogers Broughton, 2nd Lord Fairhaven in 1966 and 1973. The bequest transformed the Museum so that it is now recognised as having one of the most important botanical collections in the world.

A related Fitzwilliam Museum event, How to make Pot Pourri, is for those who like to get a little more hands-on as they learn how to make pot pourri during a step-by-step tutorial.

One of the hidden gems of Cambridge is the tiny Lawrence Room museum set among the quiet lawns and trees of Girton College, where antiquities discovered on the college site itself sit alongside artefacts from ancient Egypt, Mesopotamia, and Greece. In a short 11-minute film, Dr Dorothy Thompson, a specialist in Hellenistic Egypt, introduces The Lawrence Room at Girton College. Dr Thompson focuses on Hermione, a first-century Hellenistic Egyptian portrait mummy, discussing her life and times – she was an educated and professional woman – and how she came to Girton.

As well as insights into the world of Hermione Grammatike, the film also shows close-ups of some of the museum’s other treasures: the enigmatic ‘eye idols’ from Tell Brak in Syria, dating from the 4th millennium BC; graceful terracotta ‘Tanagra’ figurines from 4th century Greece; and the nucleus of the whole collection, the Roman remains and Anglo-Saxon funerary urns discovered on the site of Girton itself while the college was being built in the 1880s.

Drive in Cinema coming to Ely this September

Jonathan Nugent, Managing Director of Arbicon, the leading construction contract claims consultant gives an insight and tips into 10 examples of typical onerous clauses that often appear in construction contracts. Jonathan considers the legal and practical consequences of their negative effect for the payee. Do you know what you have signed up to?
The post 10 Onerous Or Incompetent Contract Clause Types That Typically Arise & How To Deal With Them. appeared first on Cambridgeshire Chambers of Commerce. Cambridgeshire Chambers of Commerce…

Inspectors found that although the service was caring, it was not always safe, effective or well-led Cambridgeshire Live – Home …

Businesses and their owners face the same cost of living pressures as their staff including energy, travel and rent. Furthermore, many are still trying to catch up from the losses during the pandemic. This is why a focus on productivity has never been more important.
The post Addressing productivity in your SME before turning to overtime appeared first on Cambridgeshire Chambers of Commerce. Cambridgeshire Chambers of Commerce…