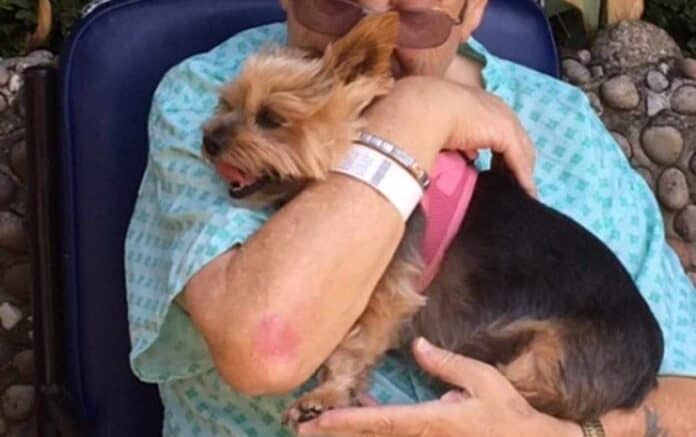 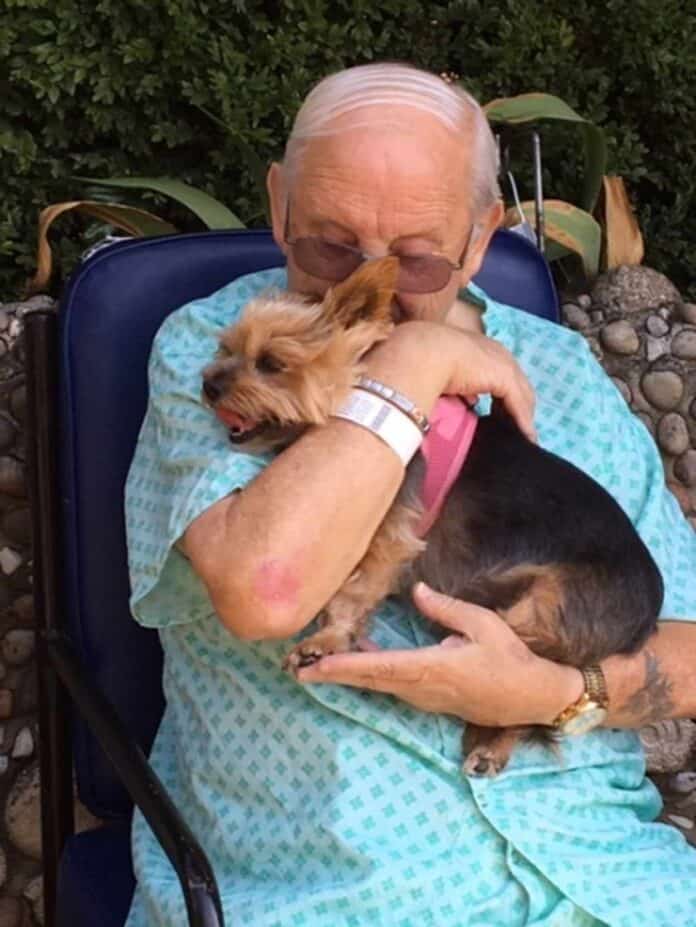 Ronald Jaffray has finally been reunited with his beloved dog Misty for the first time in four months after a surprise reunion organised by the hospital team at Addenbrooke’s.

The 77-year old from Waterbeach was admitted to Addenbrooke’s in June following a stay at Royal Papworth Hospital with a collapsed lung and is still recovering from complications.

Since then Misty, his 10 year old Yorkshire Terrier has been living with family friend John Wing, also from Waterbeach. Mr Jaffray was interviewed by an online journalist on 30 July. When asked what he missed most about home, Mr Jaffray said it was not being able to see Misty.

He said: “I don’t know when I’m going to go home. I can’t fault the nursing staff but I miss my little dog. She’s a 10-year-old Yorkshire Terrier and is living with a friend at the moment. She’s my life.”

Deputy Divisional Head of Nursing, Sarah Randall, Matron Claire Chapman and ward clerk Natalia Lukasik were so touched by this they tracked down Mr Jaffray’s good friend John Wing, who was looking after Misty and arranged for him to bring her to the hospital grounds.

The pair enjoyed an emotional reunion in the Jubilee Garden at Addenbrooke’s on Wednesday morning.

Mr Jaffray said: “She’s my life. She is the one thing I always talk about and it is such a boost to be able to see her. I am so grateful to everyone who has been able to help make this happen.”

Mr Wing added: “I was surprised when I got the call from the hospital, but it is such a pleasure to be able to bring Misty in. She has settled in well with us, but I think she has really missed Ron as well.”

Sarah Randall said she and her team were keen to help organise the visit after hearing about Mr Jaffray’s dog in the interview.

She added: “Mr Jaffray has been with us for three months and is recovering well. Being able to do this has given Mr Jaffray a much needed boost. It was such a joy to be able to see them together. Really worthwhile.”